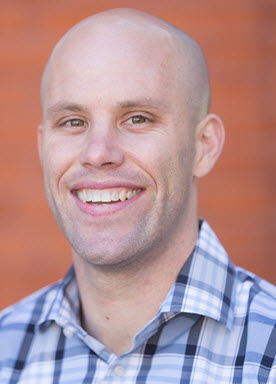 In life there are Dreamers and there are Doers. Some people, like Chris Field, are blessed to be both.

Born in Houston, Texas in 1982, he knew early on that he was different. In grade school he befriended a young man (also named Chris), and kept him from being bullied and harassed. On a trip to visit an uncle in El Paso, his grandmother pointed out that the children just across the border in Mexico had much more difficult lives than he. His response to that became a metaphor for all that he has done since: “What if I just tape money to a rock and throw it across to them? Would that help?”, he asked. He has been figuratively throwing stones of disruption ever since.

As a freshmen in college he ran for mayor of his hometown and finished third out of five candidates. He was encouraged to aim lower by the powers that be, but he aimed high anyway. There is something about stepping out like that. No matter the outcome, it emboldens us and tells us that we can.

He launched Mercy Project in 2010 to combat child trafficking in Ghana’s fishing industry. To date, Mercy Project has rescued, rehabilitated, and reintegrated more than one hundred children back into their families.