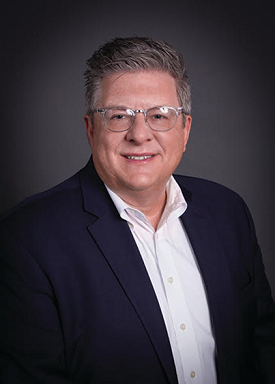 David Smith is President and CEO of Associated Wholesale Grocers, Inc., a role he assumed in August 2015. Associated Wholesale Grocers, Inc. (AWG) is the largest cooperative food wholesaler in America supplying and supporting independently owned supermarkets with food and related products, serving more than 3,100 retail locations in 28 states from 8 full-line wholesale divisions and a wide variety of non-food, general merchandise, pharmaceutical drugs, as well as natural, organic, ethnic and specialty products from its subsidiary operation – Valu Merchandisers Company. Throughout his career, David has been focused solely on the development and continuing success of independent supermarket operators and he is in his 30th year of service on the wholesale side. During his time with AWG, he has been blessed to see the cooperative and membership grow from a Midwest company with 1,200 stores and 3 Divisions with sales of $3.2B to a sprawling central US company with sales exceeding $10B. He started his career with AWG in 2003, where he served in Division and Corporate positions as the Director of Real Estate, Director of Member Services and Vice President of Merchandising and Marketing. David was selected as Senior Vice President and Division Manager to lead the site selection, development, and start-up of AWG’s newest division, Gulf Coast, in 2012. In 2014, David assumed the role of EVP of Operations / Chief Operating Officer and was elected by the AWG board to his current role in August 2015. Prior to AWG, David grew up in the retail side of the grocery business in a family-owned independent multi-store operation working in every conceivable job from bottle boy and bag boy as a teenager, up to President, CEO and principal owner of the business at 26 years of age. Following the sale of his company, he worked in various management and leadership roles for regional wholesaler Malone and Hyde and later for Fleming Companies, Inc.